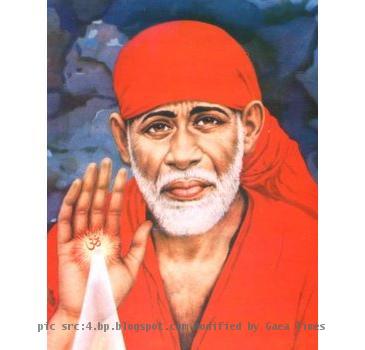 SHIRDI, INDIA (GaeaTimes.com) — A great news awaiting for devotees of Saibaba. Now they can watch live streaming of Shirdi Sai baba sitting far away from the holy place of Shirdi.

As you know, Sai baba is worshiped as religious Guru. In India, he is regarded as Fakir, who tried to reconcile Hinduism and Islam. He used to live in a mosque (Dwarkamayi) and practiced both Hindu and Muslim rituals. He taught people lessons from both the traditions. The famous epigrams of Sai baba is “Sabka Malik Ek ” (”One God governs all”).

Sai baba was buried in a Hindu temple in Shirdi, which became a shrine for the Hindu pilgrim.

SHIRDI - The Sai Baba temple in Maharashtra's Shirdi town has gone green as 'prasadam'in the t...

SHIRDI - The famous temple town of Shirdi, the abode of the Saibaba, was put on the country's railwa...

Saibaba's sandals will not be taken to Britain

August 5, 2010 (Sampurn Wire): Ravi Kissen, the megastar of Bhojpuri cinema would soon be seen in...
Copyright© 2010 The Gaea Times