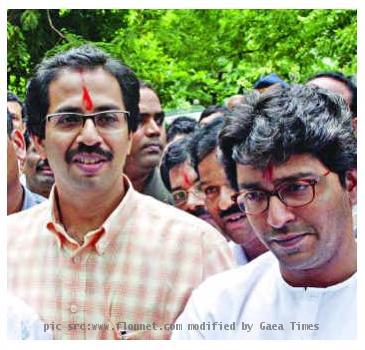 MUMBAI - The Shiv Sena Tuesday demanded a ban on burqa, calling the Muslim veil a threat to security interests.

In an editorial in party mouthpiece Saamna, the party said Turkey had once banned the burqa and now France had followed suit.

It said criminals were using the burqa to commit crimes.

It cited how a new born was stolen from the V.N. Desai Hospital here, and how CCTV footage showed a 5.2 feet tall burqa clad person committing the crime.

Earlier, a burqa clad person stole a four-day-old infant from the Lokmanya Tilak Hospital in Sion.

In Mumbai, many thousands of woman roam around in the burqa, even in public hospitals, but it is not possible to lift the veil of each woman and check their antecedents.

If a security personnel did that, then it led to protests, it said.

The edit contended that Islam has nothing to do with the burqa and that India should ban the veil.

NEW DELHI - Both House of Parliament were adjourned till Tuesday as opposition members continued to ...

15 leaders have been Maharashtra chief minister in 50 years

MUMBAI - Maharashtra, which enjoys a reputation of political stability, has had 15 chief ministers, ...

NEW DELHI - Both Houses of Parliament was adjourned till Monday following the demands of the Opposit...

NEW DELHI - The deadlock between the government and opposition over alleged corruption in 2G spectru...

LUCKNOW - Goods worth lakhs of rupees were gutted when a major fire broke out in a leather products ...

NEW DELHI - Both houses of parliament were adjourned without even a minute of business being transac...
Copyright© 2010 The Gaea Times