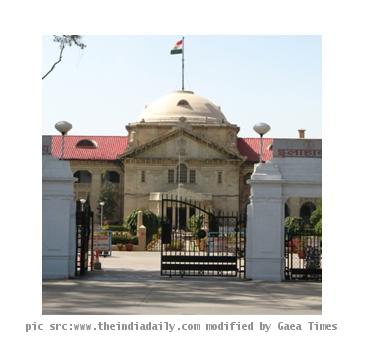 “Now that the torch of peace and harmony has been lit in Ayodhya, we want popular spiritual leaders of both Hindus and Muslims to come forward and strengthen efforts for an out-of-court final settlement without allowing the dispute to be re-ignited before the Supreme Court where it could just hang fire indefinitely again,” Ram Das of the Akhara told mediapersons in Ayodhya Wednesday.

He is the secretary of 89-year-old Akhara chief Mahant Bhaskar Das. The Akhara has shown keen interest in talks initiated by Hashim Ansari on behalf of Muslims for a final settlement on the vexed Ayodhya issue after the Sep 30 Ayodhya High Court ruling.

Ram Das said: “It is the duty of these prominent people to make efforts for resolving the dispute. After all, they are all institutions with a large following, so their word will matter.

“I am firmly of the view that when such people meet with an open mind, they will be able to successfully bring the Ramjanmabhoomi-Babri Mosque issue to a close, through an amicable negotiated settlement, but would also pave way for bringing an end to India’s communal politics.”

He, however, declined to divulge any detail of the “compromise formula” believed to have been prepared by Nirmohi Akhara in consultation with Ansari and other local Muslims in Ayodhya.

As a reciprocal gesture, Ram Das is all set to join another prominent Ayodhya seer Mahant Gyan Das to pay a visit to Ansari Wednesday evening to thank him for taking the lead in showing the path of peace.

It was 90-year-old Ansari, who chose to wave the olive branch and walk to the residence of Gyan Das. Gas not only heads Ayodhya’s prominent Hanuman Garhi temple but is also chief of the All India Akhara Parishad.

NEW DELHI - The Allahabad High Court's Sep 30 verdict on the Ayodhya dispute was Monday challenged b...

DELHI, INDIA (Gaea Times.com) The Ayodhya verdict was postponed last week due to a petition file...

VHP seers meet in Ayodhya to decide on road ahead

AYODHYA - The Vishwa Hindu Parishad (VHP) has convened a meeting of leading seers here Wednesday to ...

LUCKNOW - The decision of the All India Muslim Personal Law Board (AIMPLB) to take the Ayodhya battl...

AIMPLB to appeal against Ayodhya Verdict

LUCKNOW - The All-India Muslim Personal Law Board (AIMPLB) has decided to move to the Supreme Cour...
Copyright© 2010 The Gaea Times