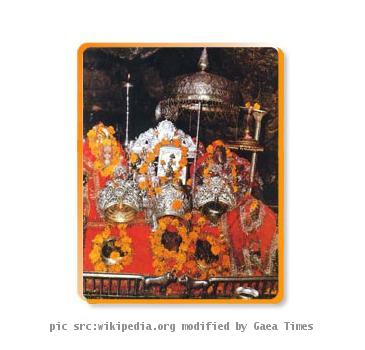 KATRA, (GaeaTimes.com)- In the most religious season of the year, when many people travel to Mata Vaishno Devi for pilgrimage, accidents seem to be on a rise. This season has witnessed more than three pilgrim accidents in one week and strangely, all three of them died due to Cardiac attack.

Thursday night witnessed the demise of yet another pilgrim of Mata Vaishno Devi. Rama Jha, a 58 year old pilgrim from Bihar, had to leave her breathe due to cardiac arrest, while she was offering prayer at the Ban Ganga enroute cave shrine of Mata Vaishno Devi last night.

A few days ago, on October 3, a women from Delhi, died due to cardiac arrest on her way to Mata Vaishno Devi. 45-year old Basanti, was proceeding towards the temple when the mishap took place. At that time, she was in Charan Padika, which is about 55 km away from the temple. She was immediately rushed to the local hospital, where she was declared brought dead. Her body was handed to her family members after the post-mortem.

Mata Vaishno Devi, is the second most visited pilgrimage spot in India. It invites about 8 million pilgrims every year. However, it is the most treacherous and hazardous places to visit, with very few civic facilities. Therefore, the journey often ends up demanding the pilgrim’s life.

Women all decked up, keep fast on Karwa Chauth

NEW DELHI - All decked up in colourful clothes and beautiful jewellery with exquisite henna desi...

NEW DELHI - It's that time of the year when women in many parts of north India, including the capita...

NEW DELHI - Syed Ali Shah Geelani, the leader of the hardline faction of the Hurriyat Conference ...

The longer the relationship, the lesser you know your partner's preferences

WASHINGTON - A new study from the University of Basel suggests that couples married for an averag...

Not knowing your partner key to a long-term relationship?

WASHINGTON - People in long-lasting marriages know less about their partners than people in shorter ...

Rescued Chile miners not ready to visit mine site

COPIAPO - The 33 miners rescued from the San Jose copper mine in northern Chile are not ready to vis...